But Who Will Bell The Cats? To Be Released By Houghton Mifflin, September 2009 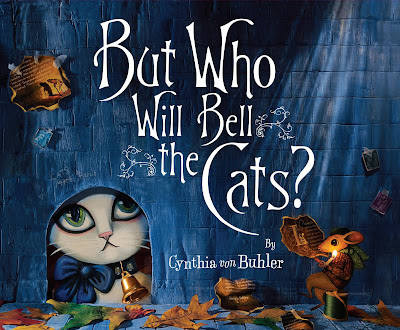 You haven't heard much from me lately because I was holed up in my studio for most of 2008. I was working on my upcoming children's book But Who Will Bell The Cats? In addition to having written this story, I was also the painter, sculptor, interior decorator, mason, gardener, and plumber of the sets. The rooms were built by hand from wood. The stone walls were formed from plaster. The floors are handmade from inlaid wood, mother-of-pearl, and plaster. The characters were painted in oils on gessoed paper, then cut out and placed in the sets. The scenes were then photographed with a Nikon D300. To see a sneak preview of this unique book being created go HERE.

-The book will be out this September and it can be pre-ordered now on Amazon.com by going HERE.
Posted by CVB at 4:53 PM 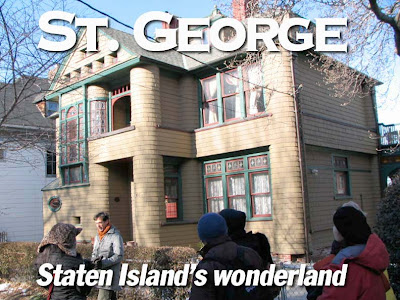 As many of you know, Cynthia is a promoter of Staten Island. Last month, on a bitter cold day, she gave a tour of her home there and some other magnificent locations in St. George, Staten Island, New York City for Forgotten NY. Forgotten NY is her favorite New York website. They also did a photo spread of her artwork (from SHOW Gallery and my house) to go along with pictures from the tour.
-Check it out HERE.

NY Japion Newspaper Interview
She was also recently interviewed by New York's top Japanese newspaper about living in NYC. (She also lives in Fairfield County, CT.)
-To read the article (in Japanese) and see pictures go HERE.
Posted by CVB at 4:50 PM 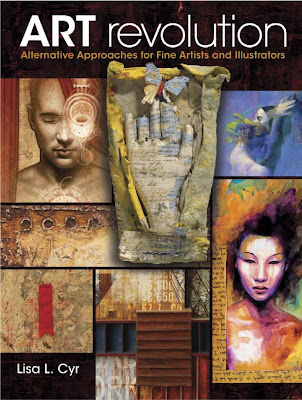 Art Revolution, To Be Featured In The June 2009 Issue Of The Artist's Magazine
The Artist’s Magazine will feature work from Art Revolution, taking an excerpt from one of the chapters. Many of the works from artists featured in the book will be shown. This four-page feature will be out on newsstands by June 2009, just in time for the release of the book. In addition, a special feature will also appear on the artistsnetwork.com in May 2009.
Posted by CVB at 4:48 PM