Speakeasy Dollhouse is going to be featured on the Discovery Channel show Oddities. They filmed my visit to the Obscura store yesterday. I was interviewed about the project and I spoke with the owners of the coolest little antique store in the Lower East Side (NYC). I showed them some of my handmade dolls and sets and told them all about the story and play. They loved it and want to help out. The owners of the store (and stars of the show) are going to get many of the more obscure props for the play. They are searching for items like a coroner's gurney, coroners tools, religious art, and all sorts of Prohibition-era props. All of this will be filmed as an episode of Oddities which will air in early 2012. There's even a chance that they might come and shoot during the play!

I'm working like mad on the book and play. It is going to be magical. 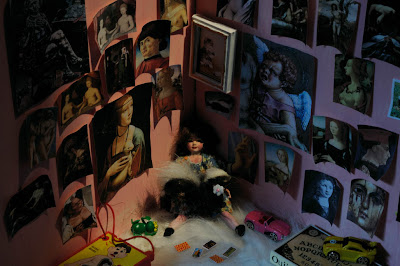 "Of Dolls & Murder", Narrated by John Waters To Be Screened at Speakeasy Dollhouse 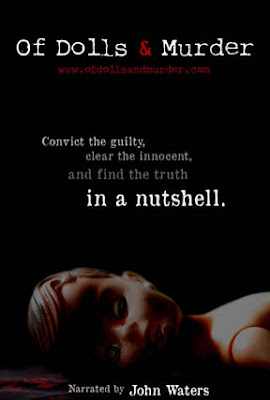 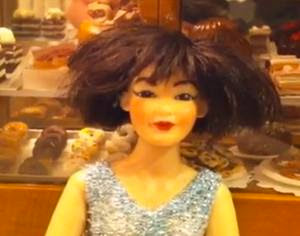 "Artist Cynthia von Buhler has launched a Kickstarter campaign to fund a project she's already been working on for years, and is a lifetime in the making.

To sum it up, her grandfather was murdered in Manhattan before she was born, and to figure out why, she created a miniature version of all the places that played key roles during her family's life at that time. These are based off "Nutshell Studies—dollhouses that students could examine from every angle... complete with minute and authentic crime scene details" which have been used to "challenge detectives and strengthen their ability to read evidence."

Her Speakeasy Dollhouse project also consists of a gorgeous book, and an immersive play, along with the handmade dolls and sets. We highly recommend you fund it so you can participate in the completed project! Below, von Buhler tells us more..."

Enjoy a few pages from the book below. 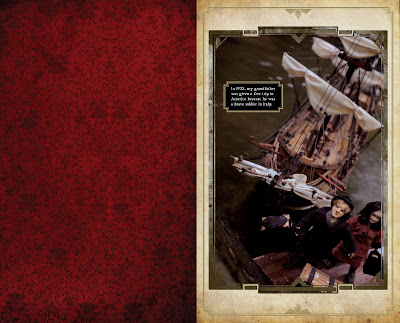 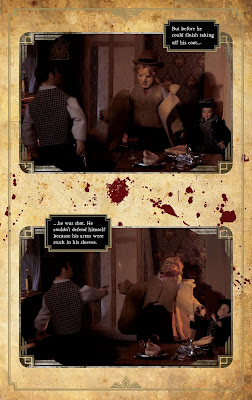 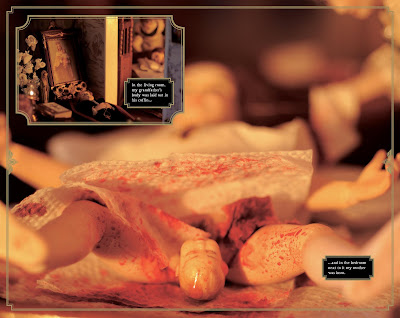 Speakeasy Dollhouse is a biographical tale of murder, bootlegging, mafia, and intrigue, set in New York City and explored through a graphic novel and live performances. 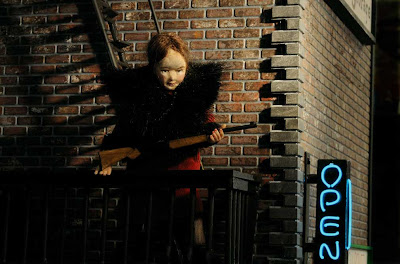 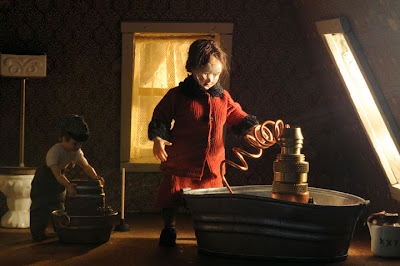 This is a true story about my grandfather who, during prohibition, along with my grandmother, bootlegged liquor and owned two speakeasies in New York City. He was shot and killed in 1935, but nobody in my family ever found out why. I'm uncovering the facts and telling the story in two ways: First, a graphic novel with photographs of miniature dolls and sets that I've created to visualize and convey the story, and second, in an immersive play through which the events unfold in real life. You can help me solve this mystery by pre-ordering the book or by purchasing tickets to the play through Kickstarter. - Cynthia von Buhler (née Carrozza) 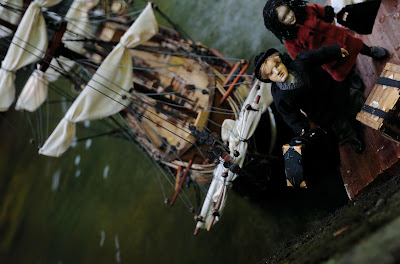 In 1922, my grandfather was given a free trip to America because he was a brave soldier in Italy. 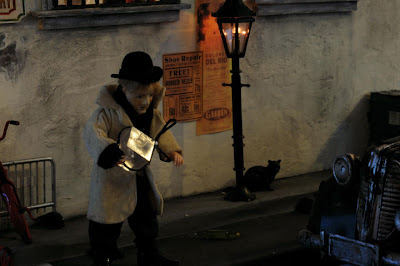 He ran an ice delivery business in the Bronx and someone owed him money. He needed the money because he had four children and his wife was pregnant. 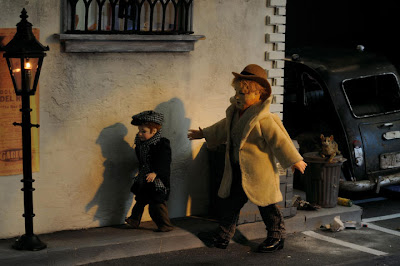 So he grabbed his coat and went to collect the debt. He took his twelve-year-old son, Dominick, with him. They unlocked the door and let him into the apartment. 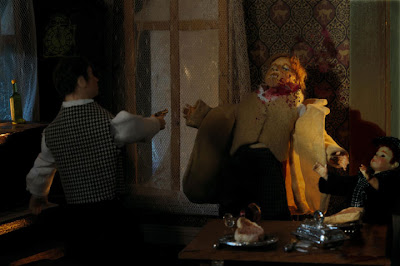 But before he could finish taking off his coat, he was shot. He couldn’t defend himself because his arms were stuck in his sleeves. 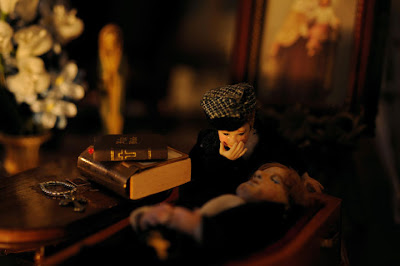 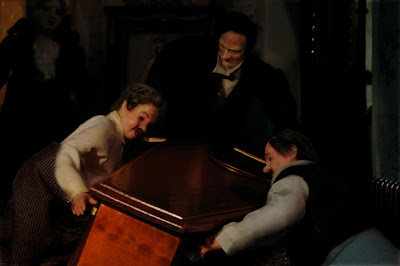 When Grandma found out, she fell down and went into a long sleep. Two days later, Grandpa’s coffin was being carried into their apartment when the man who carried it tripped and fell, and dropped the coffin right on the ground! My mother says that Grandpa’s ghost tripped him. 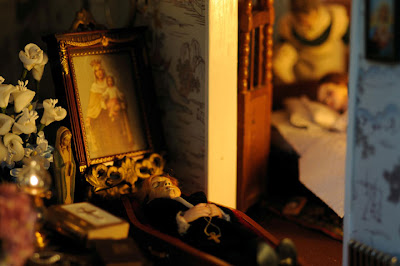 The sound of the coffin hitting the floor woke Grandma up. Her baby started to come out. In the living room, my grandfather’s body was laid out in his coffin, and in the bedroom next to it my mother was born. 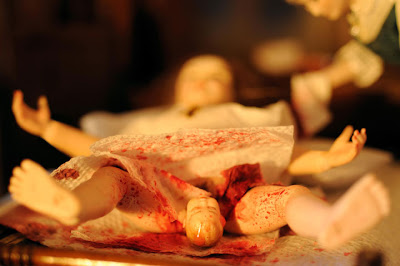 For more information click HERE to watch a video about the project. 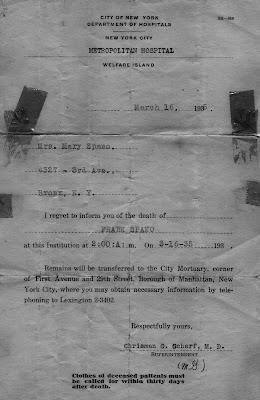 Thank you to Howard Fishman, Amanda Palmer and Kim Boekbinder for donating downloads of their prohibition-era songs to my Kickstarter project.